South Africa is one of the best spots to hit the waves on this Blue marble of our planet. With the gorgeous weather, wonderful scenery and tepid waters of the Indian Ocean, the time is now to plan your SA Surf Trip

As the premier Jeffrey’s Bay Surf Camp, we here at Surf Lodge have developed this comprehensive guide to the top surf locations in South Africa. Our testing process has been very rigorous, as we have personally gone to sample not only the waves at these locations but also the surrounding amenities and services. Our goal is to sufficiently equip you to make sure your SA Surf Trip is a resounding success!

From West to East – here’s a simple guide to the best surf trip of your life.

Second to maybe Indonesia, South Africa is one of the most wave rich countries on planet earth. Posting world class point breaks from the West coast all the way to the east cost. There’s a rippable wave on virtually every corner of this stunning country – and did we mention most of them are fairly uncrowded? If you in need of adventure, exploring new lands where your friends haven’t yet been. The South African surf trip is for you.

Roughly three and a half hours north of Cape Town lies the sleepy, dusty windswept town known as Elands Bay. It’s a one horse town an 70’s style really weird hotel and a restaurant (if you can call it that) called the Wit Mossel Pot. The dead end town does have two bottle stores in close vicinity to each other which is a good indication of the valued commodity. But before you write Elands Bay off as a no-go zone, Elands Bay boasts one of the best if not the best left hand point break in all of South Africa.

Best surfed in the 3-6ft region, the wave wraps itself around a point and thunders down the line for at at least two to three hundred metres. The wave is extremely rippable and is in no way life threatening. Just try go during the week, weekend crowds tend to be heavy.

About a 500km drive from the Mother City lies the quaint town of George. And on the outskirts of town a breathtakingly beautiful bay known as Victoria Bay, or Vic Bay for short. Vic Bay is one of the most consistently good waves in South Africa. There’s a surfable wave almost every day of the year. When the waves get big, Vic Bay is strictly for advanced surfers, but in the 1-4ft region Vic Bay is an absolutely playful joy. Paddle out via the beach break and be prepared to enjoy some excellent point break waves.

When you’re done with your surf, don’t worry, the surrounding garden route area is among one of the most beautiful areas in South Africa and chockablock with actives. Found out about what activities to get up to here. 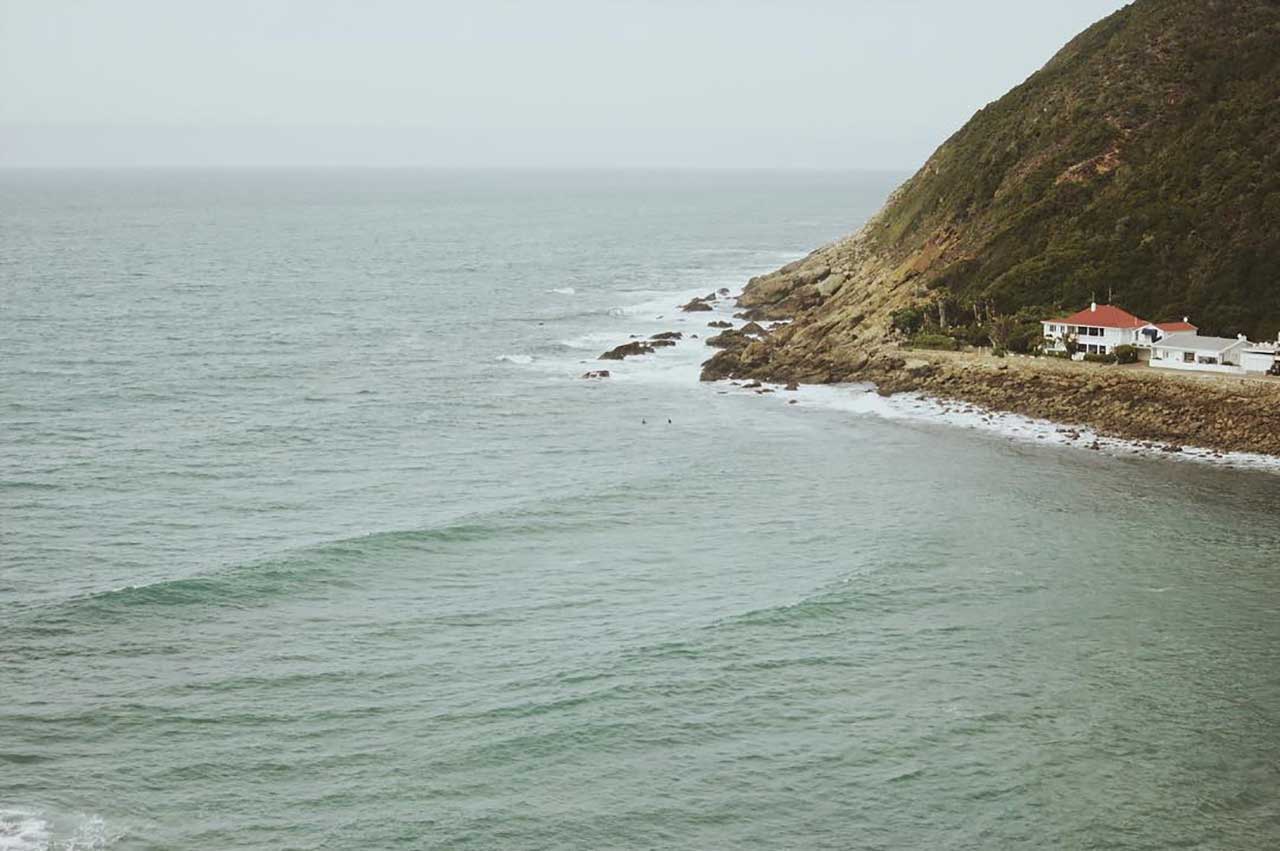 Ahhhhh a Mecca of the surf world. Does J-Bay need any introduction? We think not. Besides Supertubes, J-Bay boasts numerous point breaks perfect for anybody from beginner to advanced and anywhere in-between. We wrote a whole article about waves to surf in J-Bay which you can read about here.

If you are an advanced surfer though, you CANNOT leave J-Bay without surfing Supertubes. And if there’s no swell while you’re there, best you extend your stay, because there’s nothing on this planet quite like firing Supertubes. It’s absolutely world class.

Also when you do find yourself – do pay us a visit! 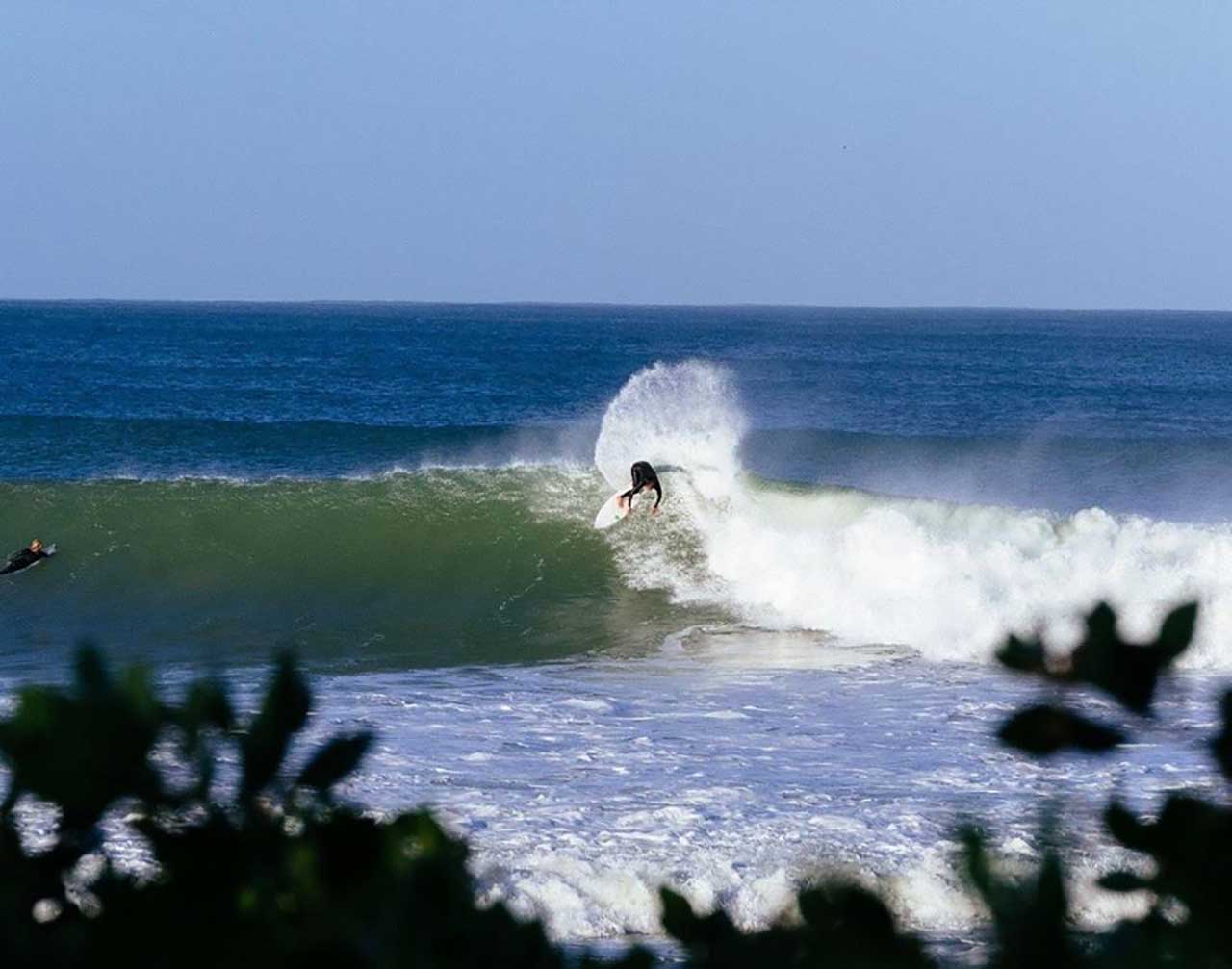 A two and a half hour drive from Jeffreys Bay you’ll find the charming little town of Port Alfred. Much like J-Bay, Port Alfred is made up of retired folk and holiday houses, but when you get to the beach the waves are anything but retired. PA boasts two main waves, or rather two waves the locals tell you about; East Beach to the left of the Kowie River mouth and West Beach to the left. East Beach is a extremely consistent sand bottom point break. On it’s day, East Beach can be world class, barrels, big turns and airs. east Beach has it all. If you watched the latest Stab in the Dark – you’d have seen East Beach in all it’s glory with Dane, Jordy and Mick Fanning shredding like mad men. 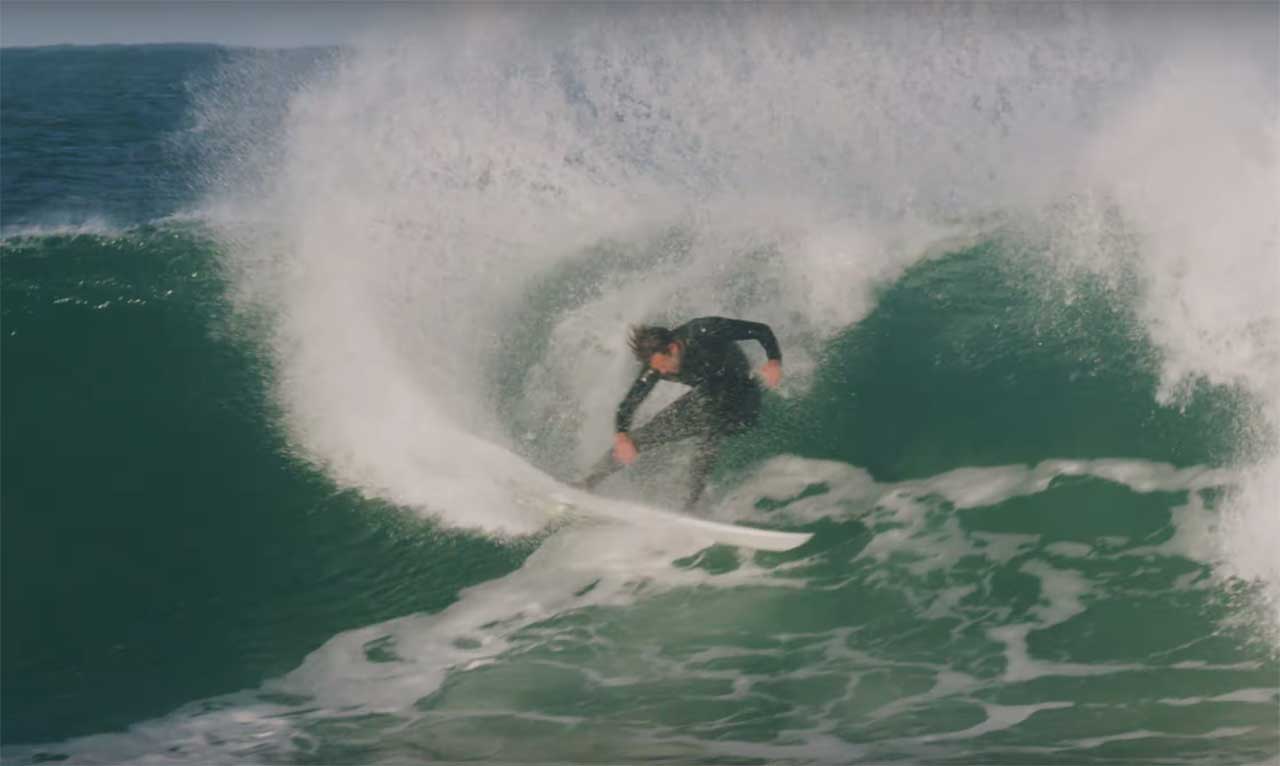 If you’re doing a surf trip through South Africa – visiting the Transkei is a must. Transkei, was an unrecognised state in the southeastern region of South Africa from 1976 to 1994. It was a Bantustan—an area set aside for black South Africans of Xhosa descent —and operated as a nominally independent parliamentary democracy. If you’d like to acquire a taste of how rural South Africa existed before colonisation, Transkei would be the place to visit.

In the heart of Transkei, you’ll find Mdumbi and Coffee Bay. Coffee Bay isn’t a wave worth noting but certainly a place worth visiting. Mdumbi about an hours drive from Coffee Bay is quieter and has a great wave out front called Mdumbi Point. Make sure you visit at the right time of year so as to get it firing. 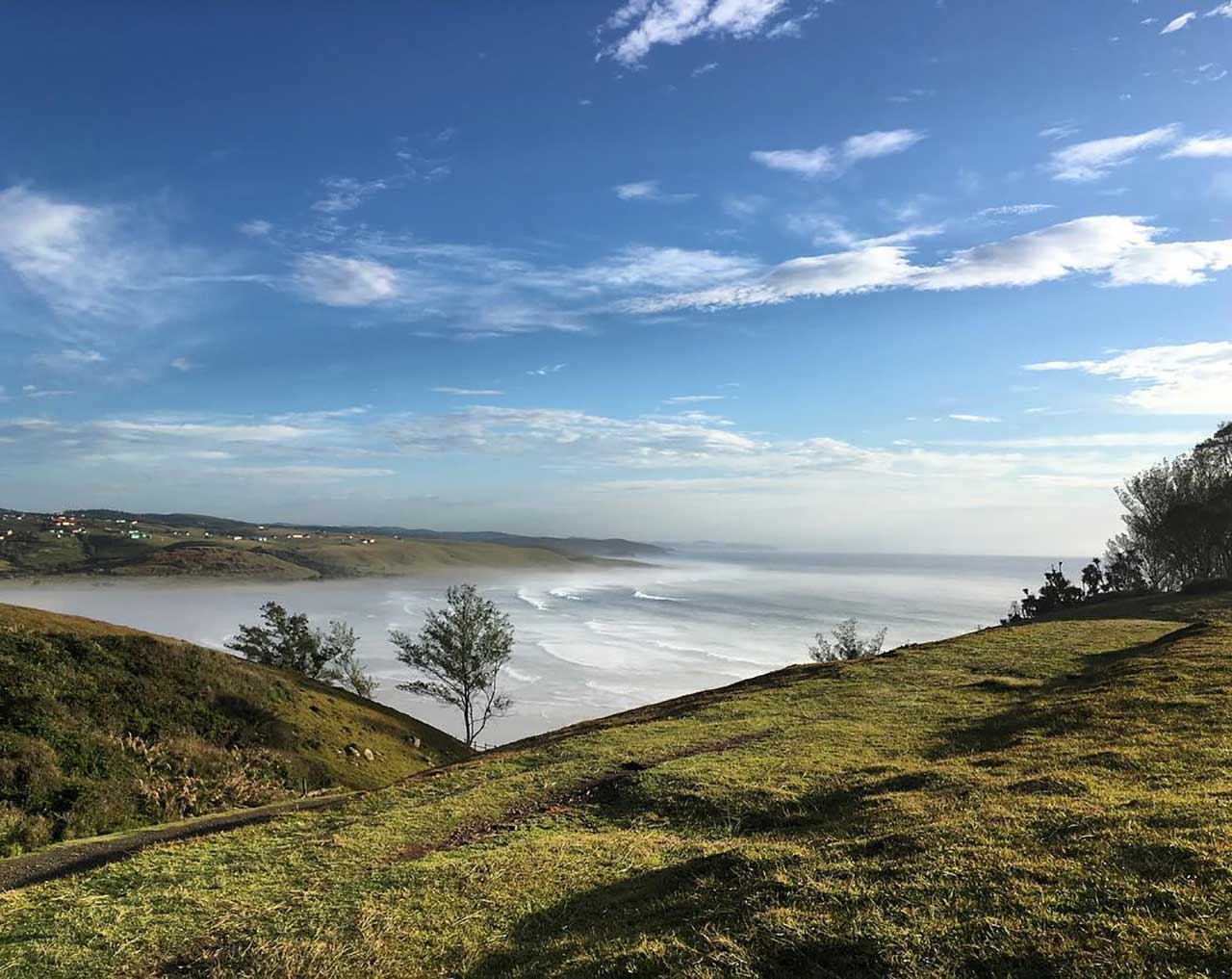 The South Coast is known by South Africans as ‘the poor man’s Indonesia’. The South Coast stretches from Scottburgh in the north to Port Edward in the south. Although the ‘South Coast’ isn’t a wave per say, there are so many waves along this 100km trail it’d be a crime subduing this goldmine to one gem. They’re all gems. We’d recommend staying at a beautiful surf yoga backpackers called  Mantis and Moon and use this as your base to explore the surrounding area. You’ll love it. 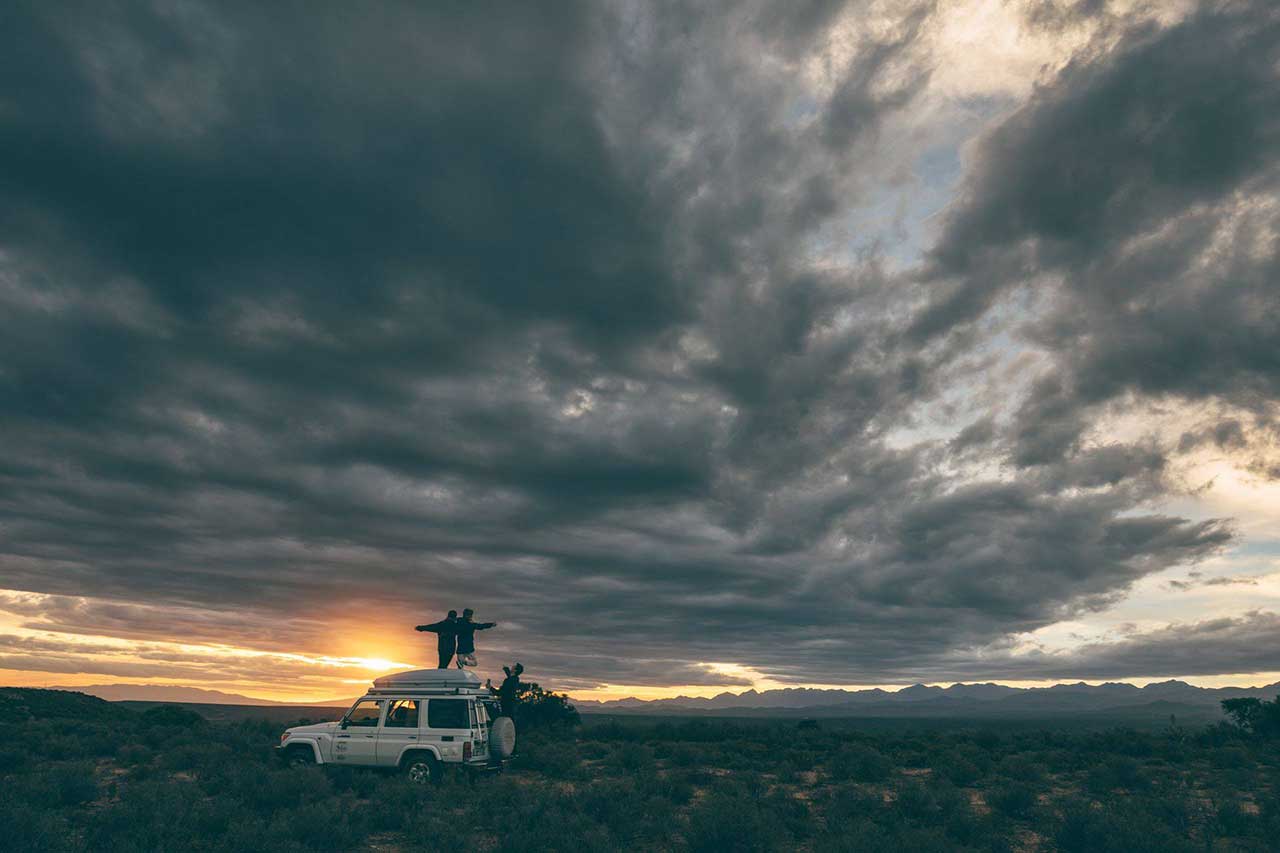 Surf Lodge – The story of how it all began.

Five things – During Lock Down
Scroll to top